The new Elmeko LEX-350 LED enclosure lights are universally applicable through the large input voltage range of 24V up to 265V AC & DC. They have plug connections for power supply and for connecting other luminaires. The lamps are rotatable and can be fixed with magnets or screws. There are two versions – with and without motion detector. Because of the integrated optics an optimal lighting of the enclosure is ensure.

The LED enclosure lighting is build in two models, LEX-350-T and LEX-350-BT. Both products are identical to one another, but the LEX-350-BT light is being equipped with a motion detector. The shut-down time from this motion detector is being set to 5 minutes. This way the LED light only shines when you need it. The motion detector has no priority on the regular multifunctional on/off switch. This way you can turn the light on longer if needed.

Both variants have a multifunction button. The light can be switched on and off by pressing the push button. After switching on the button, the luminaire switches off automatically after approx. Eight hours. The luminaire is permanently switched on by means of a long push-button pressure and can thus be switched externally via the supply line. The multifunction button has priority over the motion detector. In addition, customer-specific programming of the button function is possible. 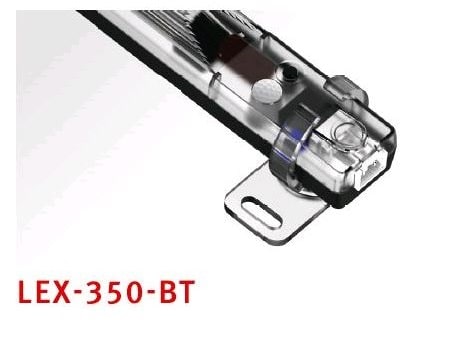 Light is mounted using two fixing clips on flat surfaces or on the frame profile of control cabinets. The fixing clips have a strong magnet and a long hole for screw mounting. It’s no longer needed to drill unnecessary holes in your cabinet. Thanks to the strong magnetic connection you can relocate the LED light whenever and where you want.

Do you want your light to shine in a different angle? No problem, the light can be pivoted in 3 steps by 30°, 60° and 90° in each direction. 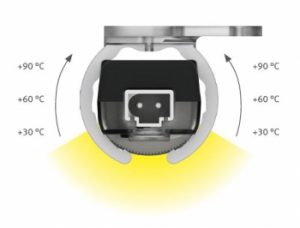 Plug connections on the front sides serve on the one side to the voltage supply and on the other side to connect other luminaires. With AC voltage, up to 10 luminaires and with DC voltage up to 8 luminaires can be connected with on another. Power supply cables and connection cables are available as accessories.

Features of the LEX-350 LED lighting: 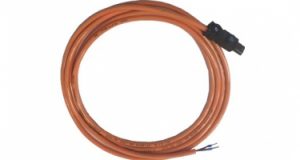 3 meter long power cable LX-N-30 XCH made from halogen-free material. As a result, no hazardous substances are released in the event of a fire or overheating. 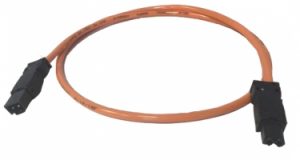 1 meter long connection cable to connect several LEX lamps together. This means you only need one power cable to feed multiple lamps. 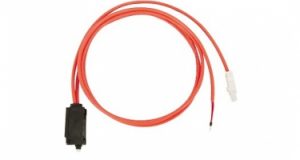 The LX-SK-05250 power cable is equipped with a door positioning switch. This will cause your LEX lamp to light up when you open your switch box and switch off when you close it.

Would you like to speak to one of our engineers concerning this subject :